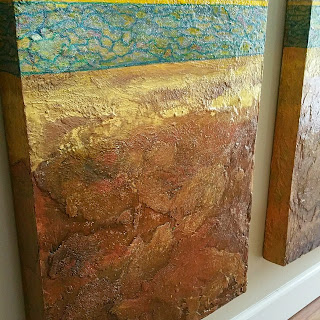 A few years ago I was on a Faux Forum where I became acquainted with the Inventor/ Owner of ICoat, Tim Phelps. He had something new he wanted to try out and I was one of a few artists that volunteered to experiment and come up with something new. While I did not do a wall as intended, you can see from the photos shown here of my painting that interesting effects can be created. You can use the icoat cementitious plaster as you would a venetian plaster. I encourage you to try it.  It is fun. Adventurous.

As their website states ... iCOAT Premium Wall Finish System and its products are the newest iCOAT System. A revolutionary new product that can be applied over almost any surface due to the advanced adhesion characteristics. The iCOAT Premium Wall Finish has been formulated to provide lengthy open time so that Glazes and Colors can easily achieve amazing results. This product is far less expensive than Venetian Plaster and can achieve the same or better looks. iCOAT Premium Wall Finish is an add water only concrete mix that yields high strength at a very thin application. www.icoatproducts.com  and  https://www.facebook.com/timphelps.icoatpage

Onto my adventure. Starting out I had three pieces of 96" x 18" plywood that I nailed each to stretcher bar frames.  This made for a projected triplicate painting of 96" x 60" with a few inches in between each.  First, I sealed the wood with clear primer paint.  I used clear because there are times I will use the interesting worls in the wood as part of the design. Since I was winging it, I wanted to keep my options open. 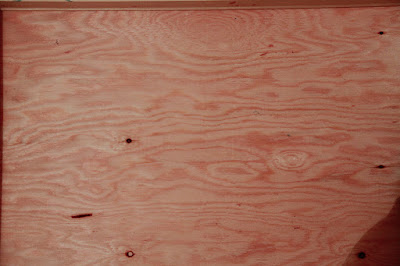 But no, decided to cover it all instinctively. Over everything went three layers of the icoat cement. Extra was added on the sides to hide any seams in the joins between stretcher bars and the plywood. I experimented with dragging the cement, brushing it, applying with pallete knife and a trowel smoothing things out as I went. The cementitious plaster went on a putty color and ended up almost white when dry. Some colors were added between a dried layer and then more cement went over that but allowing color to show through. Next, I applied deep turquoise with thalo blue and white acrylic was added sporadically. 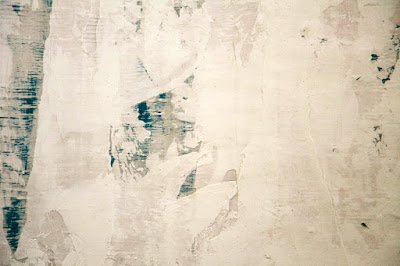 A copper glaze of Rojo Metallic Illusions and icoat glaze medium was applied on the bottom layer of cement as I wanted it to show through as part of the design. White acrylic paint along with Bone and Smoke iCrylic color was brushed over sporadically as well. 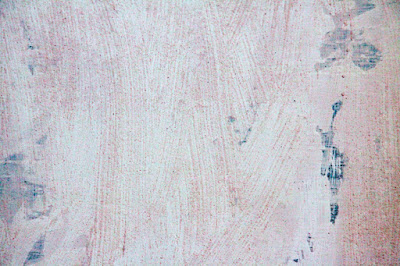 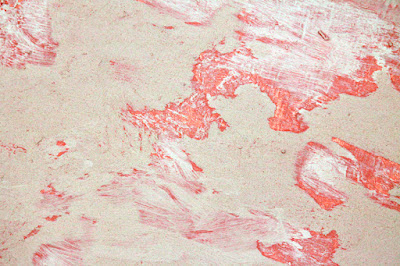 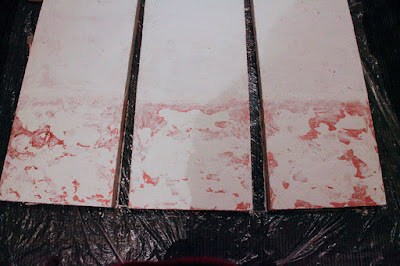 Over most of the painting I used a stain and icrylic colors and dispersions to bleed into each other as I wanted a dramatic sky.  Using Mistress Mercy Superstain I added 1oz to 1 quart water in a spray bottle. Before it was dry, clear water was sprayed that had a small amount of alcohol added to it.   Next I used Taupe and Mortar grey Dispersion paints 1 cap colorant  to 12 oz of water in a spray bottle and sprayed each here and there. I also added soap, just a tiny bit, to create effects. Icrylics were 4 oz with 24 oz water. Some were brushed on, but mostly sprayed on. 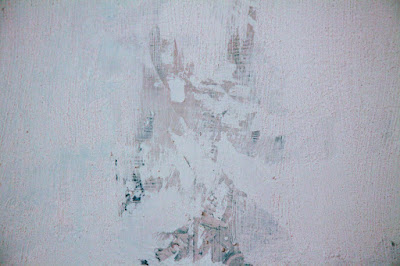 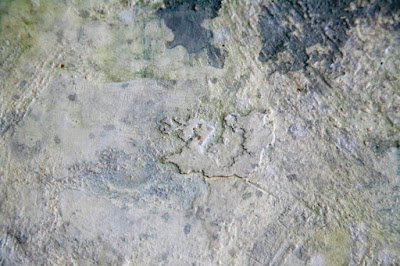 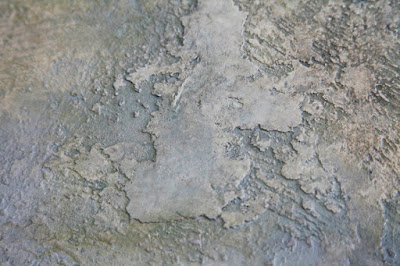 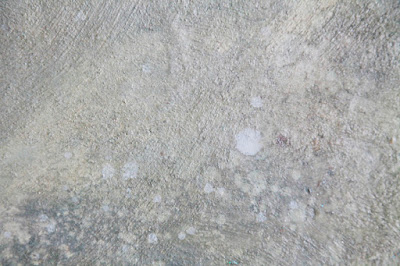 The stream was taped off between the sky and the desert scene. In addition to the icoat colors I had liberty using metallic powders and other acrylics and a design in the water emerged. To the bottom  a warm yellow ochre/Sienna stain was used to create the desert. More of the pinky copper powder of Rojo Metallic Illusions in icoat glaze was added to settle into cracks and create luminous depths. Gold powder in icoat glaze was added to highlights. Superstains of umber (Mistress Mercy) were encouraged to settle into cracks. Over all brushing with 50/50 weld bond glue and water sealed the works. Final coat was an acrylic medium that had UV protection. 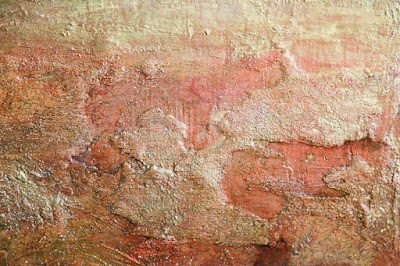 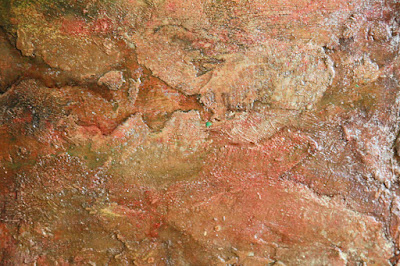 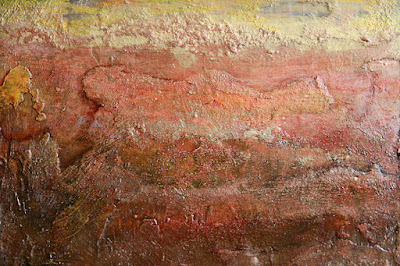 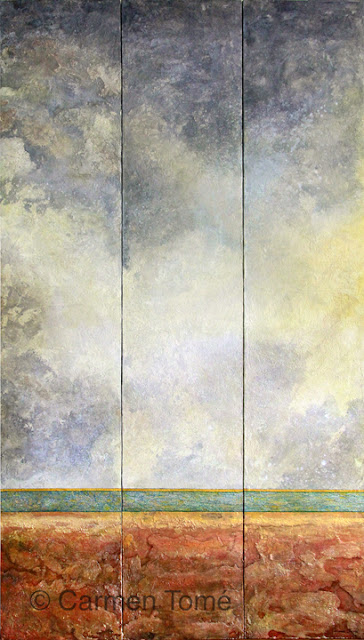 A Stream in the Desert

Carmen Tomé
Diversity has always been a part of me in the making of images. The processes of my mind who can understand? Years ago a couple of photographers chanced to see me in action as I worked on a photographic illustration. They exclaimed "You are not a photographer, you are a mad scientist!" It resonated within. A Mad Artist is a Mad Scientist with an artistic bent. :) Now that I have embraced my painting roots, I've continually added to my range of imagery (by delving into painting in all its forms, and combining with mixed media), the variations that come from that tend to perplex those who expect a sameness to one's art. So be it. I love to play. The only way I can work within the system is to do a series of one style but not limiting myself to it and to constantly try this and try that. So I have an impressionistic bent and I love the renaissance, classical style but with a contemporary twist.

© 1993-2015 Carmen Tome. All Rights Reserved. None of the materials on these pages — digitally-imbedded images or text — is part of Public Domain. All are protected by international copyright laws, including the Berne Convention; copying or reproducing any materials on this web site without prior permission is prohibited. If you have any questions or want information on usage, fees, and similar images, please contact Carmen Tome.